“I went down to Autographica in Coventry to meet Valentina Tereshkova and Charlie was there. I had thought for some months that it would be good if an Astronaut came to Pontefract. The idea was they could give a free talk to kids at a local school and people of the area could also hear and meet them at a reasonably priced public lecture. I never thought for one moment this would happen but asked Charlie if he was up for it and he gave me his card and said “I will be home on Monday, e-mail me with what you want me to do?”

Charlie agreed to come over and we fixed a date. The next thing was to find a school with a room big enough to hold around 500 people. I asked around and was told Carleton Community High School had such a room so I rang them and asked to speak to someone. I was eventually introduced to David Jones who, after a bit of persuasion (the carrot being that I would bring Eileen Collins over one day) decided to go for it. The event was a great success with Charlie talking to the kids and around 550 people attending the Public lecture.

After I received lots of e-mails asking if there would be another because we needed something like this up North, it seemed I wasn’t the only one fed up with having to travel afar to meet astronauts.

The rest is history … If Charlie had said no, none of this would have happened!” 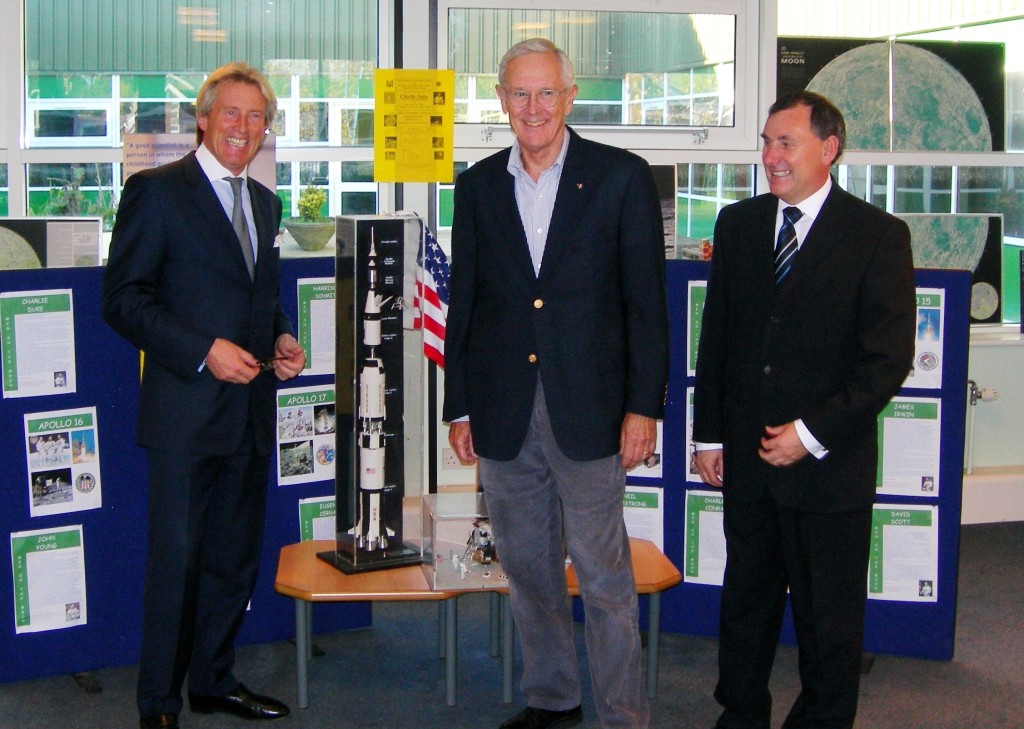 Without Sir Peter Ogden on the (left) and Rob Foreman, Head at Carleton Community High School the whole thing would never have started. Thank you Sir Peter for giving us $5000 dollars for the deposit for Charlie’s event and The Head for allowing us to go ahead with this madcap idea! 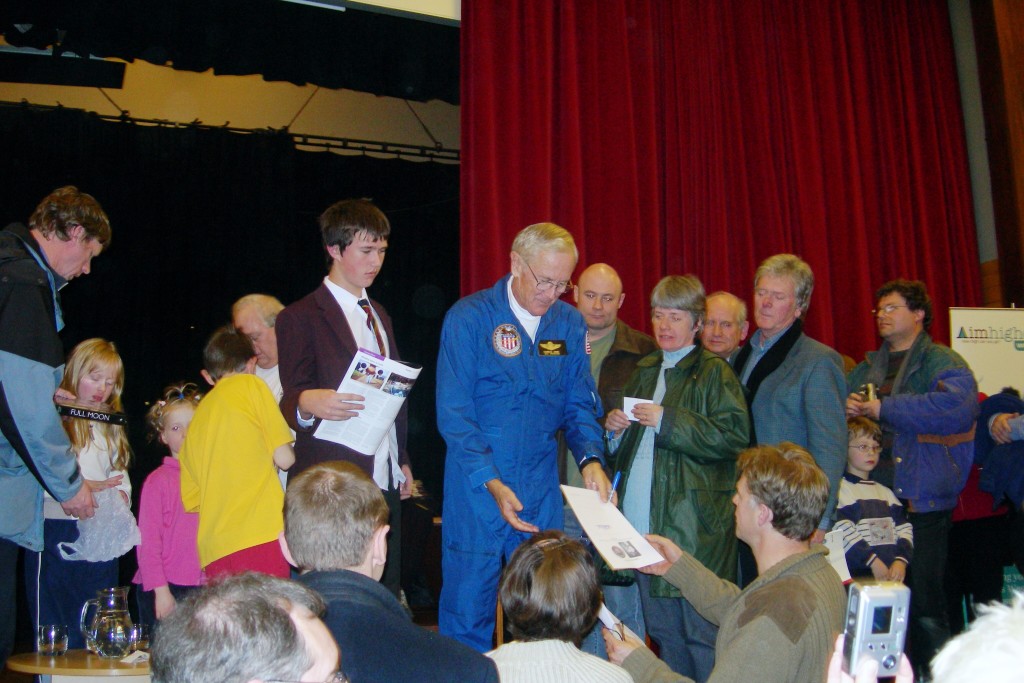