“Coming face to face with one of the ‘History Makers’ of the twentieth century is one of those moments you never forget in your life, and so it was with Buzz Aldrin. You think back to the moment when you were sat as I was with my mum and sister (dad was working), watching those shadowy figures come down the ladder. Ironically, as we were watching his introductory film in Pontefract of that moment, Buzz whispered to me ‘You know, people always want to tell me what they were doing as they watched this shot.’ I thought ‘phew’ that was what I was about to do.

The audience was huge that night. Buzz held them spellbound from the moment he walked on stage. However, one of the best moments of the visit was when Buzz was being interviewed by the Carleton Media students, the Local News team present did not bother to do their own stuff, they just recorded the students and broadcasted that the following night. Those students still talk about that experience. My best moment was Buzz telling me behind the screen what he was really doing when he stretched his leg on the ladder… … remember this was 2008. It was all still very new then.” 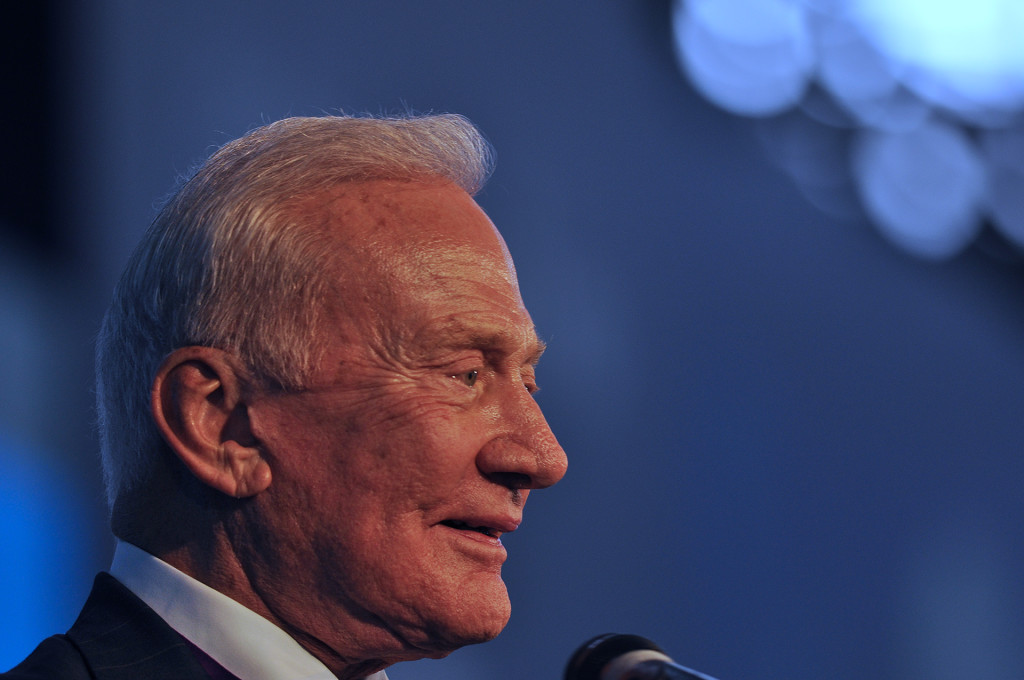 Buzz Aldrin … the second man to walk on the surface of the Moon. 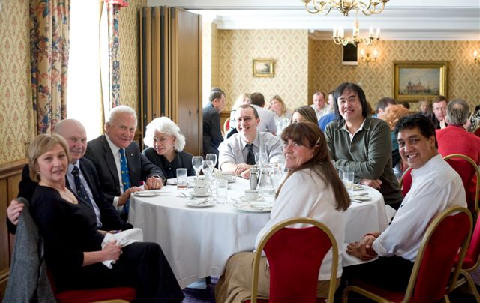