Edgar Mitchell finally made it to Pontefract… three months late. His flight had been forced back to the US in mid Atlantic 3 months previous following a volcanic eruption in Iceland. But when he made it, despite the stifling temperatures he pressed the flesh, chatted and signed autographs with the energy of a man half his 80 years. 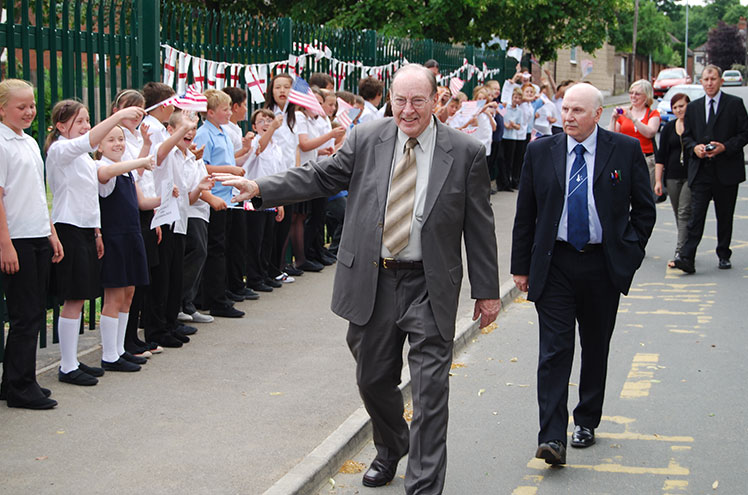 Just as well as the youngsters of Halfpenny Lane Junior School had pushed the boat out affording Dr. Mitchell a welcome replete with all the whistles, bells, pictures and posters imaginable. Edgar may have “The Right Stuff” but the youngsters reception touched him and left him with an abiding memory of his visit.