Jack “Trip” Nickel, a NASA Research Pilot helped train space shuttle commanders and pilots to land the orbiter as it is returned from space.

“The shuttle has the flying characteristics of a brick, basically, with wings, diving head first at a concrete strip from six miles up is not necessarily fun, but is certainly important for NASA’s shuttle commanders and pilots. After all, commanders get one shot to land the 110-ton orbiter as it glides back to Earth. There’s no chance to fire up the engines and make another approach.”

“I first met Jack ‘Triple’ Nickel at the Whirlpool Star Party in Birr, County Offaly in the Republic of Ireland, an event I used to attend every year. After his talk I asked if he would like to visit Pontefract and that Charlie Duke had been the year before, Trip said who? I said Charlie Duke, the 10th man on the Moon! He said Oh you mean Charlie Dook! Trip came over and stayed about 4 days (in which we visited every fish chip shop in Pontefract) and gave a public lecture and also talked to the children at Carleton telling us all about the
‘vomit comet!'”
Ken Willoughby 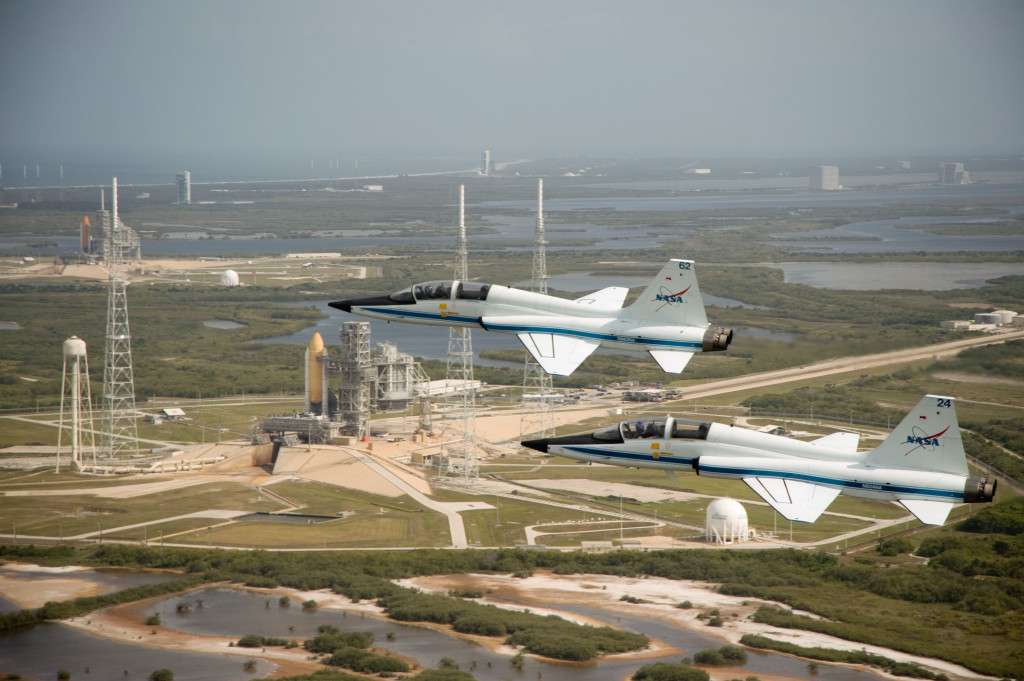 17 April 2009 — NASA pilots Jack Nickel (in the jet with tail number 62) and Charles Justiz fly over for a bird’s eye view of two shuttles on the launch pad. Shuttle Atlantis (STS-125) is in the foreground and Endeavour (STS-400) can be seen in the distance on the launch pad at NASA’s Kennedy Space Center.